Tolling of the Bell 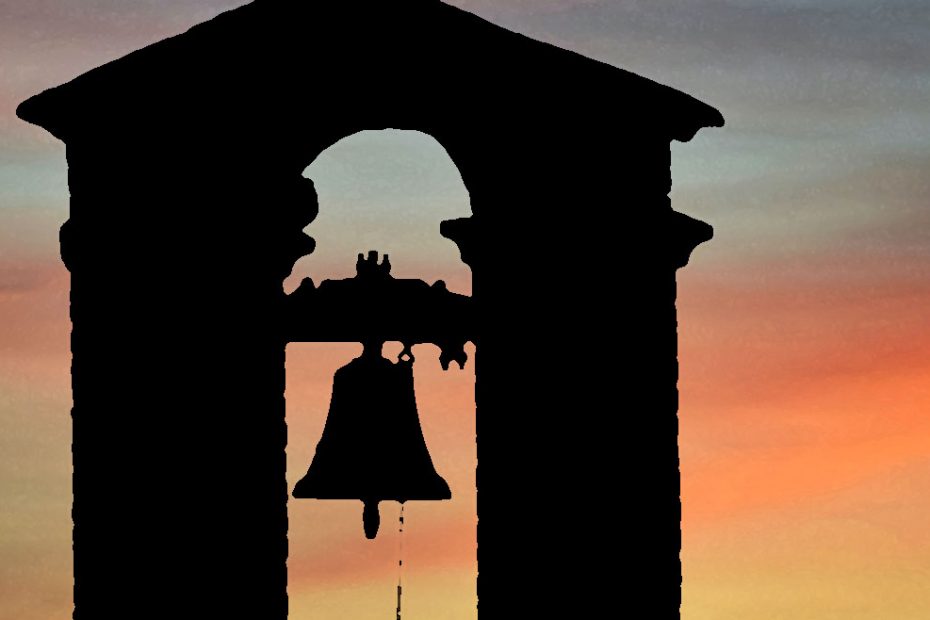 In the wee hours of Friday morning, October 7, 1859, when all the good residents of Charlottetown should still be sleeping in their beds, a deep bell tone was heard from the bell tower in St. James Church. The somber sound rang out over the rooftops, waking many with the unexpectedness of its doom-laden ring. Then a second toll rang slowly overhead, followed by a third.

Bewildered by the unexpected tolling of the bell, two neighbors who lived near the church hurriedly joined forces in the road outside their homes and went to investigate. Above them, the bell tolled for the fourth time, and again for the fifth time.

As they entered the church yard, the bell tolled for the sixth time, and the front doors of the church swung open with a windy blast. Framed in the doorway were three glowing women dressed all in white. The men gasped, unsure if they were seeing real women, or angels. Overhead, the bell tolled for a seventh time and the doors slammed shut as quickly as they had opened. The men raced to the doors and tugged on the handles, but they were firmly locked. When they peered through the windows, the men saw a glowing woman in white ascending the stairs to the belfry.

The minister and the sexton arrived at that moment, demanding to know what the disturbance was about. The neighbors told the new arrivals what they had seen, and the minister unlocked the door to the church. As they entered the vestibule, they saw no sign of the women the neighbors had seen in the doorway. A quick glance through the church revealed not a living soul.

As the men ascended toward the belfry, the bell tolled for the eighth time. They ran up the stairs, determined to confront the culprit and demand and explanation. When they reached the top, they found the belfry empty and the bell rope tied firmly in place, though the metal of the church bell was still vibrating slightly.

Puzzled and frightened, the minister and his companions searched the church from top to bottom, but it was completely empty. As the bell gave no further sign of tolling, the men left the church, mystified by what had happened.

That evening, the local passenger steamer between Nova Scotia and Prince Edward Island – called the Fairie Queene – failed to arrive. The people of Charlottetown learned a few days later that the ship had sunk, killing the eight passengers who had boarded her that day. It is said that the bell of Saint James Church tolled eight times on the day of the disaster, thus foretelling the doom of the five men and three women who would board the Fairie Queene later that day.