The Lady of Stavoren 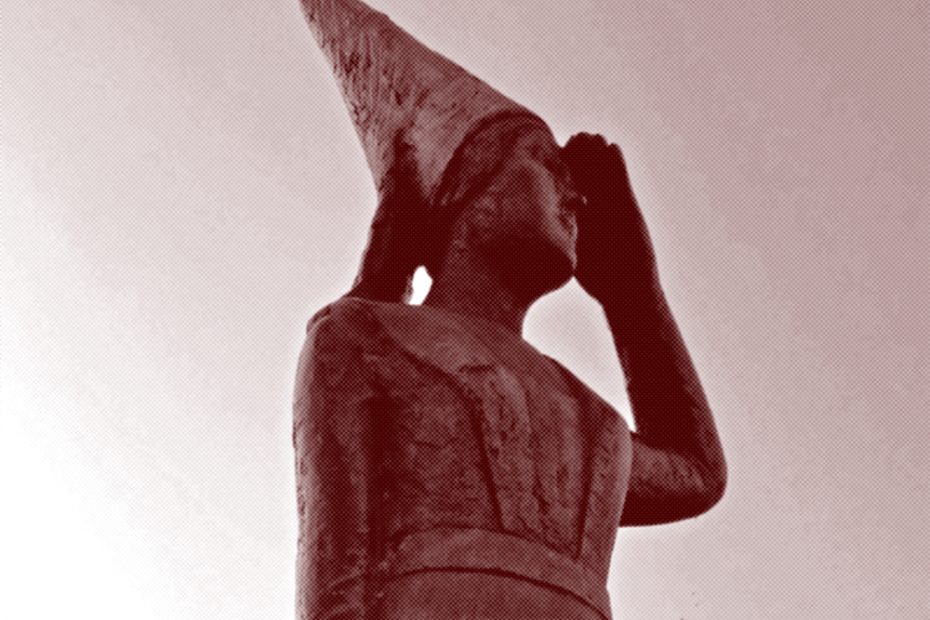 There was once, we are told, a fine tract of land where now roll the waves of the Zuyder Zee. On the very spot where now the fishermen anchor their boats and fish, there stood a beautiful city. It was protected from the sea by great dykes.

The name of the city was Stavoren, and the people who lived there were very wealthy. Some of them were so wealthy that they laid their great halls with floors of gold and silver. But in spite of their wealth they were selfish, thoughtless, and hard hearted. For the poor people they cared nothing.

The richest person among them was a maiden lady. She had palaces, farms, ships and counting-houses—everything that one could desire. But she thought of nothing except how she might increase her store. With this in mind she one day summoned the captain of her largest vessel.

When he came, she bade him sail away to procure a cargo of the most precious things of earth, and to return within the year. Not knowing exactly what she wished, the captain questioned her, but she simply repeated her order and sent him away at once.

The captain set sail from Stavoren without knowing where he was going. After leaving the harbor he called his officers together and asked their advice. Each had a different opinion as to what were the most precious things of earth.

The captain was plunged into greater doubt than ever. He thought over the question for many long hours, smoking his pipe and scratching his head. At last, he said to himself that nothing could be more precious than wheat, which is the staff of life.

Accordingly, he purchased a cargo of grain, and returned happily to his native town, arriving long before the year had passed. The haughty lady had in the meantime told all her friends that her vessel had gone in search of the most precious thing of earth. She would not tell her closest friend what that most precious thing might be. So, everybody was very curious.

When one day her captain appeared suddenly before her and told her that he had brought a cargo of wheat, her pride vanished. She flew into a terrible rage and commanded that every kernel be cast into the sea at once. The captain was shocked at this order and plead with her to allow him to give the wheat to the poor. She repeated her command.

“I will come down to the port myself,” she said, “to make sure that every kernel is cast into the sea.”

The captain made his way sadly back to his vessel. As he did so he met several beggars by the way and told them that a cargo of wheat was to be cast into the sea. By the time the lady reached the dock the poor had gathered there from all parts of the city, hoping to secure some of the grain.

When the lady approached, many imploring hands were extended toward her, but all was in vain. Angry and proud, she made the sailors cast all the wheat into the sea. The captain, powerless to prevent this sinful waste, looked on in quiet rage. When the last kernel had disappeared beneath the water he turned to his haughty mistress.

“As surely as there is a God above us,” he exclaimed, “you will be punished for this sin. The time will come when you, the wealthiest person in Stavoren, will long for a few handfuls of this wasted wheat.”

The lady listened to his words in haughty silence. When he had finished, she took a costly ring from her delicate hand and cast it into the sea.

“When this ring comes back to me,” she said, “I will believe what you say and fear that I may come to want.”

A few hours afterward the lady’s cook was preparing dinner for her. He was opening a large fish which had just been brought from the sea, when to his surprise his eyes fell upon the costly ring. He immediately sent it to his proud mistress. When she recognized it she turned very pale.

Shortly afterward there came a report that one of her counting-houses had been ruined, and another report of disaster came that same evening. All her counting-houses were ruined. Her fleet had been destroyed at sea; her palaces were burning; and her farms were laid waste by storms.

In a few hours everything that she had possessed was stripped from her. The palace in which she lived burned down during the night, and she barely escaped with her life.

Now she was desolate, indeed! The rich people of the city cared nothing for her now that her money was all gone. The poor people whom she had treated with contempt allowed her to die of hunger and cold in a miserable shed.

The city of Stavoren did not profit by the sad end of the haughty lady. The rich people continued to enjoy life and to neglect the poor. It did not matter to them what happened to their wretched fellow creatures. They, like the haughty lady, were truly selfish.

As time went on the sand began to increase in the port, so that it was soon impossible for ships to come to anchor. It grew worse and worse. The waves washed the sand up until a great sand-bar rose above the waters and all further commerce was stopped. It was not very long before the sand bank was covered with little green blades. The people gazed upon it in surprise.

“It is the Lady’s Sand,” they declared. “For it is the wheat that she had cast into the sea that is growing there.”

The wheat grew very rapidly, but bore no fruit. It did not matter to the rich even if traffic had ceased. They did not suffer. The poor, however, were greatly distressed, for they now had nothing to do. They besought help from the rich, but their prayers fell upon deaf ears.

Not long afterward a little leak was discovered in the dyke which protected the city. Through this the sea water crept into the city reservoir, spoiling all the drinking water.

The rich people only laughed, saying that they would drink champagne, since water was not to be had. But what were the poor to do? They crowded around the gates of the rich, imploring a sup of beer, but were rudely driven away.

“It would be a good thing,” said the rich, “if these wretched creatures should actually die. Of what use are they to themselves or to any one else?”

The rich of Stavoren had had their last chance to do good. That very same night when the revelers had returned to sleep, the sea broke down the weakened dykes. Bursting in, it covered up the whole town.

Over the spot where Stavoren once stood the waves now glitter in the bright sun light or plunge and dash when the cold winds come sweeping in from the sea.

Boatmen come rowing up from the desolate little fishing town which now bears the name of the ancient city. When the waters are smooth they rest upon their oars to point out far beneath them the spires and turrets and palaces of Stavoren.

The streets of the old town as it lies beneath the waves, once so populous, are deserted. The marketplace is empty. No sound is to be heard except when some inquiring fish, swimming through the belfries, strikes one of the bells with his tail. Then there is heard a sad sound which seems to be tolling the knell of the sunken city