The Galah and the Lizard 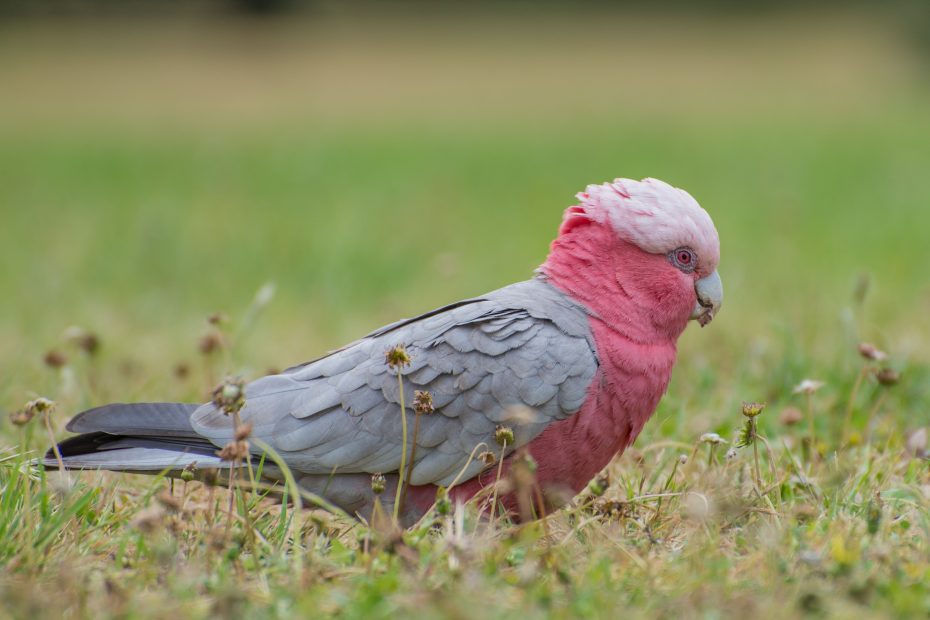 out and the lizard was tired of lying in the sun, doing nothing. So he said, “I will go and play.” He took his boomerangs out, and began to practice throwing them.

While he was doing so a Galah came up, and stood near, watching the boomerangs come flying back, for the kind of boomerangs Oolah was throwing were the bubberahs. They are smaller than others, and more curved, and when they are properly thrown, they return to the thrower, which other boomerangs do not.

Oolah was proud of having the Galah to watch his skill. In his pride he gave the bubberah an extra twist, and threw it with all his might. Whizz, whizzing through the air, back it came, hitting, as it passed her, the Galah on the top of her head, taking both feathers and skin clean off.

Galah set up a hideous, cawing, croaking shriek, and flew about, stopping every few minutes to knock her head on the ground like a mad bird. Oolah was so frightened when he saw what he had done and noticed that the blood was flowing from the Galah’s head, that he glided away to hide under a bindeah bush. But the Galah saw him. She never stopped the hideous noise she was making for a minute, but still shrieking, followed Oolah.

When she reached the bindeah bush she rushed at Oolah, seized him with her beak, rolled him on the bush until every bindeah had made a hole in his skin. Then she rubbed his skin with her own bleeding head. “Now then,” she said, “you Oolah shall carry bindeahs on you always, and the stain of my blood.”

“And you,” said Oolah, as he hissed with pain from the tingling of the prickles, “shall be a bald-headed bird as long as I am a red prickly lizard.”

So to this day, underneath the Galah’s crest you can always find the bald patch which the bubberah of Oolah first made.

And in the country of the Galahs are lizards coloured reddish brown and covered with spikes like bindeah prickles.