The Crow and the Pitcher 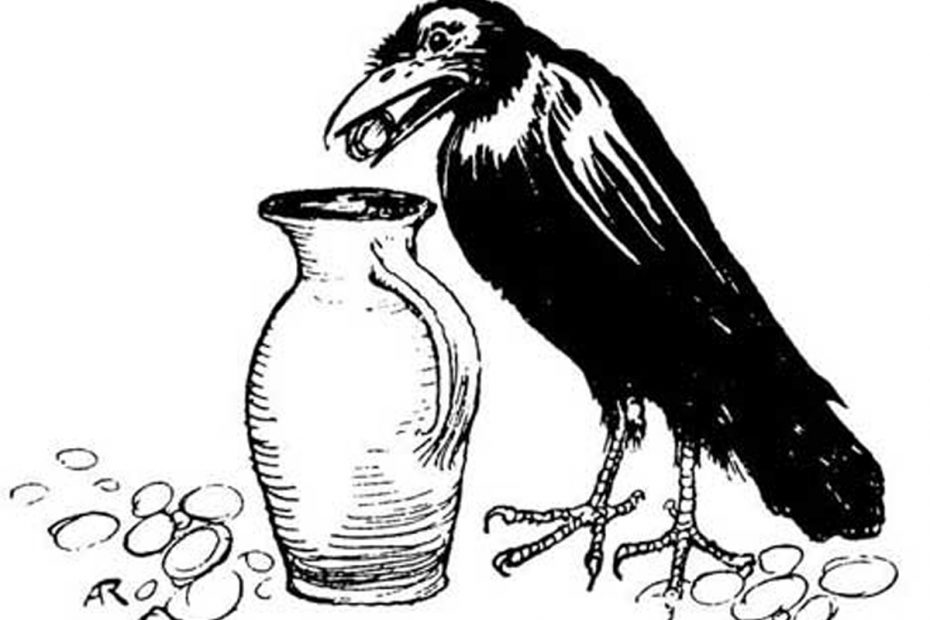 As told by Aesop

In a spell of dry weather, when the Birds could find very little to drink, a thirsty Crow found a pitcher with a little water in it. But the pitcher was high and had a narrow neck, and no matter how he tried, the Crow could not reach the water. The poor thing felt as if he must die of thirst.

Then an idea came to him. Picking up some small pebbles, he dropped them into the pitcher one by one. With each pebble the water rose a little higher until at last it was near enough so he could drink.

In a pinch a good use of our wits may help us out.