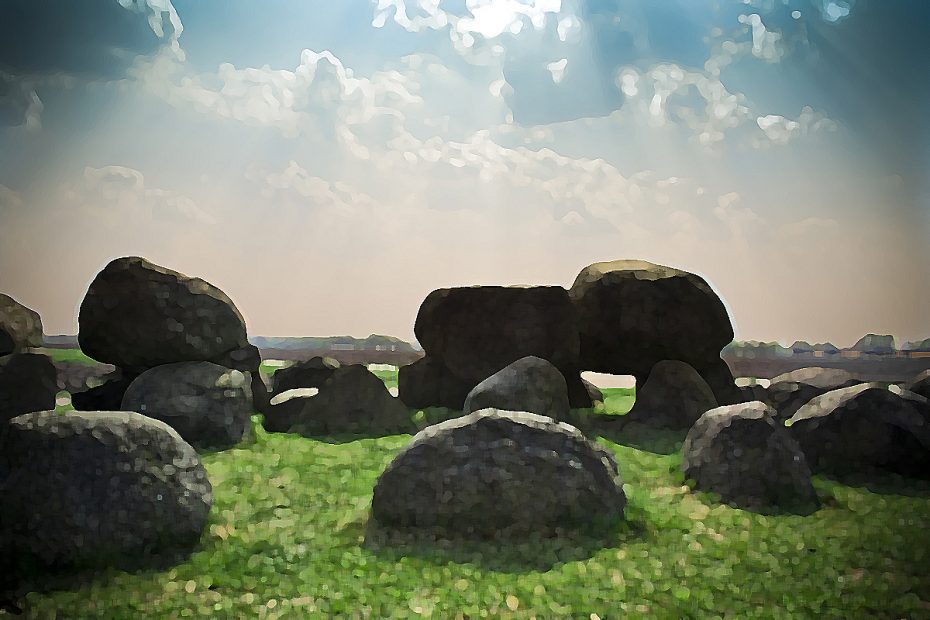 The other evening in an old castle the conversation turned upon apparitions, each one of the party telling a story. As the accounts grew more horrible the young ladies drew closer together.

“Have you ever had an adventure with a ghost?” said they to me. “Do you not know a story to make us shiver? Come, tell us something.”

“I am quite willing to do so,” I replied. “I will tell you of an incident that happened to myself.”

Toward the close of the autumn of 1858, I visited one of my friends, sub-prefect of a little city in the center of France. Albert was an old companion of my youth, and I had been present at his wedding. His charming wife was full of goodness and grace. My friend wished to show me his happy home, and to introduce me to his two pretty little daughters. I was feted and taken great care of. Three days after my arrival I knew the entire city, curiosities, old castles, ruins, etc. Every day about four o’clock Albert would order the phaeton, and we would take a long ride, returning home in the evening. One evening my friend said to me:

“To-morrow we will go further than usual. I want to take you to the Black Rocks. They are curious old Druidical stones, on a wild and desolate plain. They will interest you. My wife has not seen them yet, so we will take her.”

The following day we drove out at the usual hour. Albert’s wife sat by his side. I occupied the back seat alone. The weather was gray and somber that afternoon, and the journey was not very pleasant. When we arrived at the Black Rocks the sun was setting. We got out of the phaeton, and Albert took care of the horses.

We walked some little distance through the fields before reaching the giant remains of the old Druid religion. Albert’s wife wished to climb to the summit of the altar, and I assisted her. I can still see her graceful figure as she stood draped in a red shawl, her veil floating around her.

“How beautiful it is! But does it not make you feel a little melancholy?” said she, extending her hand toward the dark horizon, which was lighted a little by the last rays of the sun.

The afternoon wind blew violently and sighed through the stunted trees that grew around the stone cromlechs; not a dwelling nor a human being was in sight. We hastened to get down, and silently retraced our steps to the carriage.

“We must hurry,” said Albert; “the sky is threatening, and we shall have scarcely time to reach home before night.”

We carefully wrapped the robes around his wife. She tied the veil around her face, and the horses started into a rapid trot. It was growing dark; the scenery around us was bare and desolate; clumps of fir trees here and there and furze bushes formed the only vegetation. We began to feel the cold, for the wind blew with fury; the only sound we heard was the steady trot of the horses and the sharp clear tinkle of their bells.

Suddenly I felt the heavy grasp of a hand upon my shoulder. I turned my head quickly. A horrible apparition presented itself before my eyes. In the empty place at my side sat a hideous woman. I tried to cry out; the phantom placed her fingers upon her lips to impose silence upon me. I could not utter a sound. The woman was clothed in white linen; her head was cowled; her face was overspread with a corpse-like pallor, and in place of eyes were ghastly black cavities.

I sat motionless, overcome by terror.

The ghost suddenly stood up and leaned over the young wife. She encircled her with her arms and lowered her hideous head as if to kiss her forehead.

“What a wind!” cried Madame Albert, turning precipitately toward me. “My veil is torn.”

As she turned, I felt the same infernal pressure on my shoulder, and the place occupied by the phantom was empty. I looked out to the right and left—the road was deserted, not an object in sight.

“What a dreadful gale!” said Madame Albert. “Did you feel it? I cannot explain the terror that seized me; my veil was torn by the wind as if by an invisible hand; I am trembling still.”

“Never mind,” said Albert, smiling; “wrap yourself up, my dear; we will soon be warming ourselves by a good fire at home. I am starving.”

A cold perspiration covered my forehead; a shiver ran through me; my tongue clove to the roof of my mouth, and I could not articulate a sound; a sharp pain in my shoulder was the only sensible evidence that I was not the victim of a hallucination. Putting my hand upon my aching shoulder, I felt a rent in the cloak that was wrapped around me. I looked at it; five perfectly distinct holes—visible traces of the grip of the horrible phantom. I thought for a moment that I should die or that my reason should leave me; it was, I think, the most dreadful moment of my life.

Finally, I became calmer; this nameless agony had lasted for some minutes; I do not think it is possible for a human being to suffer more than I did during that time. As soon as I had recovered my senses, I thought at first, I would tell my friends all that had passed, but hesitated, and finally did not, fearing that my story would frighten Madame Albert, and feeling sure my friend would not believe me. The lights of the little city revived me, and gradually the oppression of terror that overwhelmed me became lighter.

So soon as we reached home, Madame Albert untied her veil; it was literally in shreds. I hoped to find my clothes whole and prove to myself that it was all imagination. But no, the cloth was torn in five places, just where the fingers had seized my shoulder. There was no mark, however, upon my flesh, only a dull pain.

I returned to Paris the next day, where I endeavored to forget the strange adventure; or at least when I thought of it, I would force myself to think it a hallucination.

The day after my return I received a letter from my friend Albert. It was edged with black. I opened it with a vague fear.

His wife had died the day of my return.