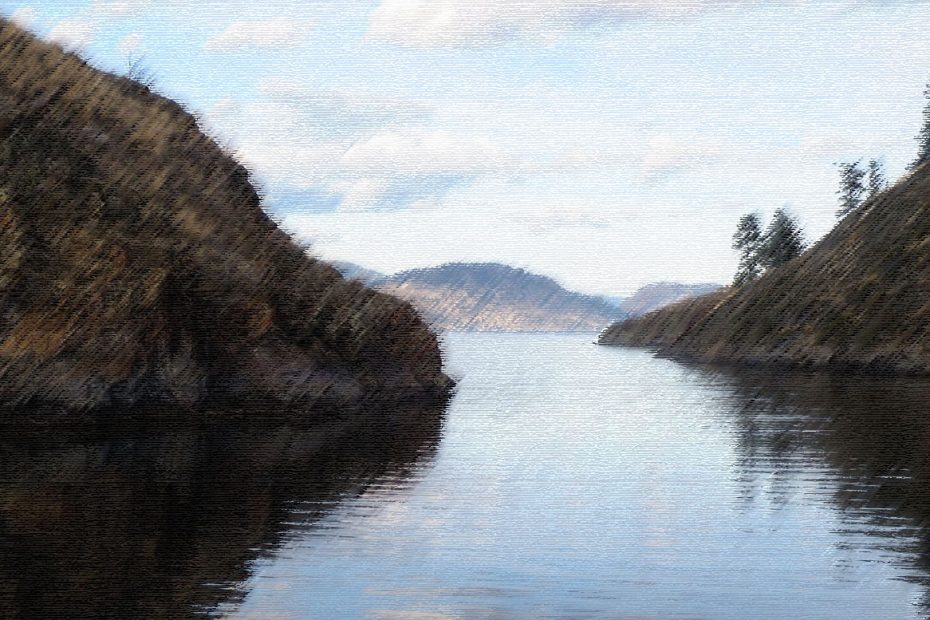 His mind was full of dark thoughts and the demons spoke to him. His wild eyes and words frightened his people, and he became an outcast, shunned by all. One day in a fury of rage and pain, he attacked old Kan-He-Kan, a local wise man. The demon-possessed man killed the venerable sage on the shores of a beautiful lake near his home, and then ran away, afraid of what the people would do to him when they found out.

But the gods had seen the murder and were angry. They captured the demon-possessed man and transformed him into a terrible serpent as a punishment for the murder of the good Kan-He-Kan. Then the serpent was cast into the lake, condemned forever to remain at the scene of his crime. The people living near the lake called the serpent “N’ha-A-Itk” or Lake Demon. They would offer sacrifices to it before traveling upon its waters. But the offerings did not always appease the monster. Many times, a fierce storm would fall upon the lake and N’ha-a-itk would rise from the roiling waters to claim a life. Once a man who was watering his horse at the lake saw the monster rise up from the depths and pull the poor animal under. And so the curse of N’ha-a-itk continued to plague the residents of the lake.

Then the white man came, and they scorned the tale of the Lake Demon. They began taking timber from the land nearby, and floating the logs down to Lake Okanagan. One evening, as a local man worked on the raft of newly-sawn logs, he chanced to look up and saw a long serpent with a horse shaped head and a green, undulating body. It raised its head out of the water and stared deeply into the man’s eyes. The man started shaking from head to toe and scrambled backwards toward shore. The demonic eyes of the giant creature gleamed with malevolence, and he scrambled up the bank and ran for his life.

Not long after, a resident set off in a canoe with his horses roped behind, leading them across the lake. Suddenly, the horses began screaming and thrashing in the water, and then disappeared underneath the waves. The canoe tipped backwards, and the man desperately pulled his knife and cut the ropes just in time to save himself from being dragged into the murky depths. The horses were never seen again.

Thus was N’ha-A-Itk first encountered by the white man at Lake Okanagan. The monster was seen many times through the years. Often, it appeared like a long tree trunk or a floating log, but it would move against the current. Swimmers vanished, boats were attacked, and sometimes the monster would rise up from the waters and grab birds from mid-air.

In 1942, the monster came and was rechristened “Ogopogo” after a line in an old song. It has been seen many times and continues to haunt the waters of Lake Okanagan to this day.