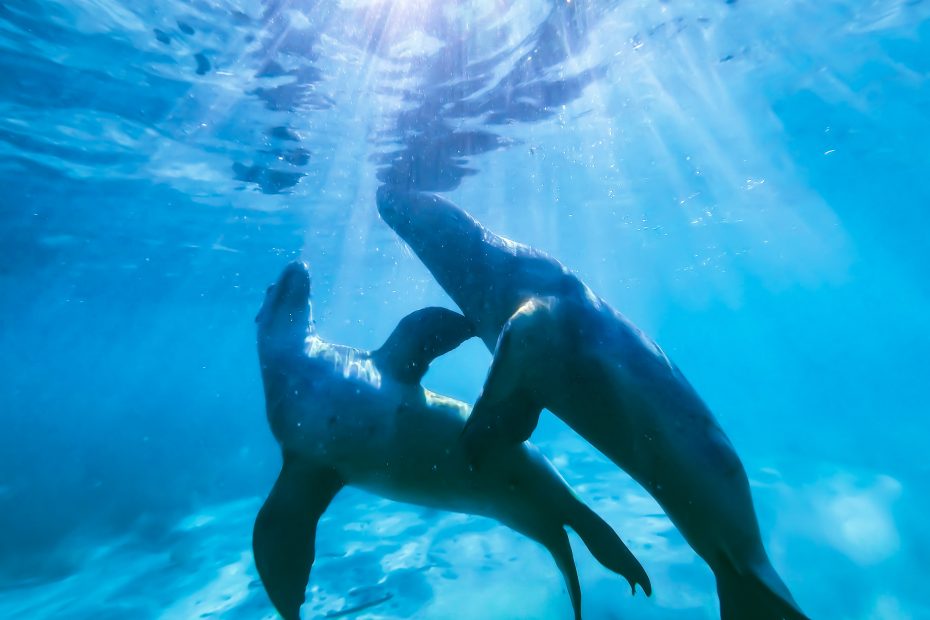 Long years ago, the people of Chile were sadly at the mercy of the wild folk who lived under the sea. To be sure, there were long periods when they were left in peace to do their fishing, though from their canoes they could look down into the waters and see the under-sea people walking on the sands at the bottom, very shadowy and vague, though, in the greenish light. Still, it was clear enough, for those who watched, to see their hair-covered bodies, their long and serpent-like arms and their noseless faces.

But again, there were times when the under-sea men marched in great numbers out of the water and caught the land men, dragging them down to their deaths. In such numbers they came that there was no resisting them. Nor was there escape, for the under-sea people could walk on the water, going faster than the wind itself. With ear-splitting booming they would form themselves into a wide circle about the canoes, then draw nearer in wild rushes or strange slidings and drag the frightened men into the green-gray water. Sometimes a few only were taken and those that were left, looking down, might see the under-sea folk dragging their fellows to great rocks to which they bound them with ropes of leathery kelp.

One day the under-sea people caught Na-Ha, a youth strong as a wild wind, whose muscles were knotted like oak branches, one who smiled when danger came. Five of the noseless people attacked him and of the five, Na-Ha sent three to the bottom of the sea with broken necks, for though he smote them with his clenched fist alone, they staggered back and swiftly sank, and the blood that gushed from their mouths made a spreading pink cloud in the water. But soon the sea was alive with wild, raging faces and the roaring of them was like the southeast wind in the forest trees, yet Na-Ha stood in his little canoe, cold and calm, and the smile did not leave his lips. Stealthily they crept toward him, none at first daring to attack, until with a fierce noise and clamour all rushed together, leaping upon him in his canoe and bearing it down by sheer press and weight, Na-Ha in the midst of the tangled mass of hair-covered creatures. Some who saw that fight said that the sudden silence when the waters closed over them hurt the ears like a thunder clap, but the true hearted Na-Ha was the last to disappear, and while he smote the black-haired ones furiously, the smile of scorn was still on his face.

Like a picture in a dream some saw the fight among the rocks at the bottom of the sea, saw the noseless ones crowding about the lad, saw others leaping over the heads of those who did not dare to near him, saw others again creeping in the sea sand, trailing kelp ropes to bind him. Many fell in that battle under the sea and the low waves that lapped the shore were red with blood that day. How it ended none knew, for with the dying light and the sand clouds that hung in the water all became gray at last and then swiftly faded.

That night the land people wept for Na-Ha the untamed, Na-Ha whose spear was like lightning, Na-Ha whose canoe rode the waves like the brown storm-birds. Tales were whispered of how he never bent beneath a load, of how in the blackest night he drove his boat before the storm, of how once he swept out to sea after a great whale and slew it, so that his people were saved from the hunger-death.

But with the screaming of the morning sea-gulls Na-Ha came to them again, walking up out of the sea, and his face was set and stern. Nor did he say a word until he had eaten and thought awhile.

The tale he told was of the under-seas and of his wandering after the battle in which he left so many dead in bloody sand. He had been sore-pressed, he said, but had broken away and come to a door in a cave, which he entered. It was a vast cavern in which he found himself, so vast that he could not at first see the end, and the roof of it he never saw, it being lost in a strange, cool-green light. The floor of the place was of gold dust and silver sand, and out of it grew networks of white rocks about which swam fish of many colors, while everywhere seaweeds swayed in gently moving water.

Soon he came to a place where, on a seat of white, sat a woman with bent head, and she was fair of skin and her golden hair floated in the water like a cloud. Being bidden, Na-Ha told her the tale of the fight and how the earth people were woe-ridden because of the evil work of the under-sea folk.

Patiently she listened, her cheek on her hand and her eyes large with grief, and when Na-Ha had done she told him that there was but one way to free his people and that was the way of the white death. Much more she told him and then gave him a great sea-shell and made him know that when he blew it the great cold that lies under the seven stars would be freed and the under-sea people driven for all time to their own place. Then she stepped from her seat, and taking Na-Ha by the hand gazed at him long.

“Many there are, Na-Ha, who live not to know of the good that they do. He who looses the white death must himself be stilled. This I tell you, Na-Ha, lest your heart fail you,” she said.

That was all, for he did not tell the tale of how he came again to the land, but he showed them the great shell and said that his mind was made up to free his own people, though he himself slept the sleep. At that the people set up a great shout and there were not wanting those who offered to sound the blast, saying that it were better for Na-Ha to lead the people. But that Na-Ha refused, and added that the under-sea woman had told him that before the blast was blown all the land people should take themselves and their belongings to a far land under the sun, for staying where they were, it would do but small good to drive the under-sea people to their own place for ever, seeing that they themselves must also be ice-stiffened.

Then arose a confusion of talk, many being unwilling to leave the land where their fathers and the fathers of their fathers had lived, but Na-Ha prevailed and overruled them, and soon the day came when there was a great movement and canoes were loaded and the land people set off for the country under the sun. So Na-Ha was left alone.

Over the length and the breadth of the land Na-Ha walked, to see if by mischance some had been left, but there were none. And when the sea-hen and the albatross and the gull and the brown storm-birds saw the hair-covered, noseless people come out of the sea, when with the black loneliness of night the snow came and the land waters were prisoned under glassy ice, when the morning sun looked on a world of rime and crystal frost, then Na-Ha put the great shell to his lips and blew a blast that woke the echoes.

So the world soon grew faint and sleepy and all living creatures except the noseless ones fled or flew after the land people, and there was strange stillness everywhere. Trees that had been green grew horned and black and then ghost-white. And the black wind came raging and furious, and grinding, groaning ice-mountains swam in the sea and locked the land, and hills were cased in beryl walls.

Seeing all that, for a time the under-sea folk were full of delight, believing themselves to be masters of the land, but soon they feared the glistening white of the world, the black scurrying clouds, and the fast-thickening ice. So, they sought the sea, but no sea was there, only thick-ribbed ice across which swept snow-laden, stinging winds, and instead of the quiet of the under-water there was the calm of the white death. Under the eaves of the rocks they crouched, but it was small help, for with the biting cold they shriveled and shrank. Close they hugged themselves, their elbows thrust into their hairy sides, their legs bent, making themselves small. And thus, they stayed, nevermore to be as they were. For in that great cold, the under-water people became seals, and seals they remained.

Well and bravely stood Na-Ha while all this came to pass, scornful of the death that clawed at him. Nor did he lay down to die until the great cold had passed away and his people returned to find the under-water folk forevermore bound to their own place, powerless to harm, looking always with wide, wondering eyes, lest the mighty Na-Ha again steal upon them and bring the great white death.

Citation: Finger, Charles J. Tales from the Silver Lands. New York: Doubleday & Company, 1924. Edited by S.E. Schlosser. This story is in the public domain and is part of the cited work.