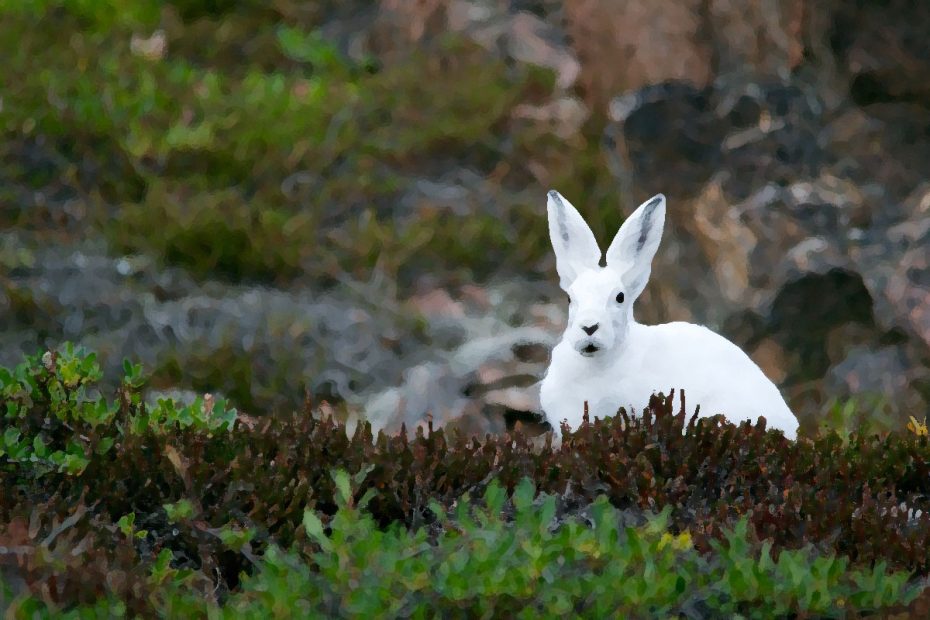 They say that there once was a prospector wandering through the Yukon with his two dogs, searching for gold. One evening as it neared dusk, he found himself mired down in the muskeg – boggy country with water just underneath the surface of the semi-frozen ground and just above the permafrost. It was a treacherous place, and would be very easy to sink beneath the surface and be engulfed. The more the prospector and his dogs tried to free themselves from its clutches, the more lost they became.

Finally, the prospector found a firm spot on a small hill. There were a few scraggly trees on the elevation, and he made a small fire and cooked up a bit of soup for himself and his canine companions. As the stars came out overhead, the man tried to find a comfortable place to sleep, knowing that in the morning, he and the dogs would once again face the quagmire.

At last, the prospector fell into an uneasy sleep. As he slept, he dreamt that a fierce native warrior was standing over him, threatening him with a spear.

“Why have you invaded this sacred ground?” the warrior demanded. “Leave at once or I will kill you!”

“I am lost in the muskeg,” the prospector said in his dream. “Show me the way out, and I will gladly leave.”

The warrior frowned down at him. “I am the protector of this place, and cannot forsake it. But I will summon a guide for you.”

The warrior raised his arms toward the sky and called something in a tongue the prospector could not understand. Then he vanished.

The prospector was awakened by the sudden growling of his dogs. Sitting up, he beheld the glowing figure of a beautiful Native American woman standing at the bottom of the hill. He blinked in amazement, and felt chills run all over his body. The woman beckoned to him, and to his surprise, his dogs ceased their growling and ran up to her. They pranced around her like pups, and he felt his fear fade away.

Packing up his gear, the prospector made his way down the darkened hillock to the treacherous muskeg that surrounded it. The glowing woman smiled at him. She raised her arms in the same gesture used by the warrior in his dream, and transformed into a beautiful snow-white hare. The glowing hare hopped slowly ahead of the prospector, leading him eastward. The prospector followed it closely, deviating neither left nor right from its path. The dogs followed him eagerly and showed no interest in chasing the hare.

For several hours, the prospector and his dogs followed the glowing animal through the treacherous twists and turns of the quagmire. Just before dawn, they reached solid ground. The prospector looked around and knew where he was.

Ahead of him, the white hare became once more the beautiful, glowing figure of a woman. The dogs danced up to her, and she patted them on the head. Then she offered the prospector a sweet smile and vanished as the first rays of the sun pierced the horizon.