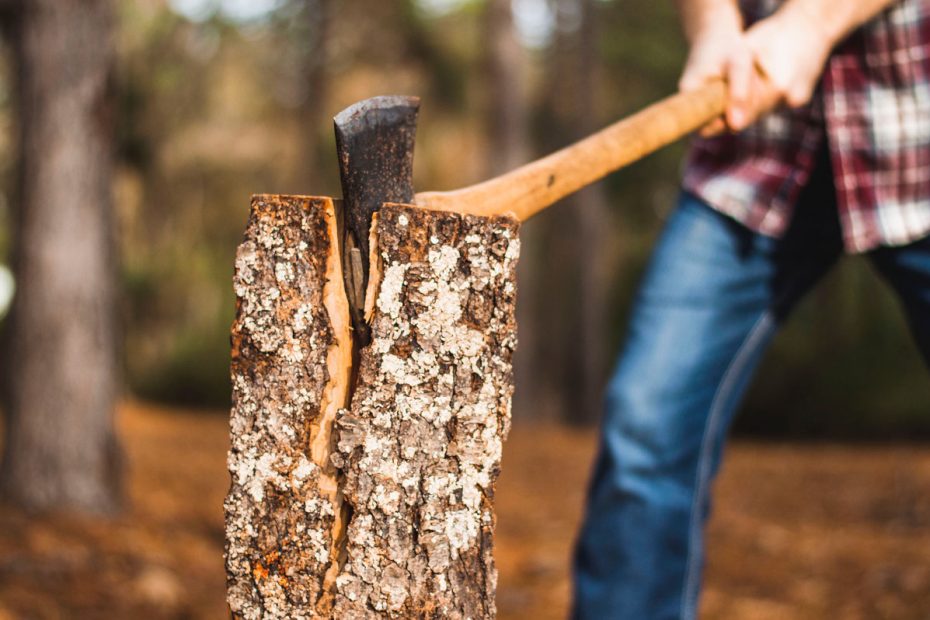 It was a cold winter and the snow was deep in the woods surrounding the logging camp near the Dungarvon River. But there was plenty of game to be found if you were a good hunter, so the men didn’t go hungry. The camp cook was a jolly fellow, and quite rich for a logger. He kept his life savings in a money belt that he wore at all times.

Now an Irish lumberjack named Ryan coveted the cook’s money and concocted a plan to get it. He was the best hunter in camp, and he promised to teach the cook his secrets. The two men set off one Sunday on a hunting trip. When they were deep in the woods, Ryan turned his rifle on the cook and shot him dead. Then he took the money belt off the body, hacked his way through the ice and snow, and buried it deep in the ground.

When he returned to camp alone, Ryan told his fellow loggers that they had been attacked by a bear. Ryan claimed to have been knocked out by a glancing blow, and said that when he came to, he found that the cook had been dragged away. Ryan told the lumberjacks that he had tried to track the bear, but a snowstorm had obliterated the tracks. Search parties were sent out, but they found no trace of the dead cook. Meanwhile, Ryan made himself scarce while the men were out searching, and no one ever found out where he went.

At sundown that night, the lumberjacks heard a terrible screaming coming from everywhere at once, and from nowhere. The men recognized the voice as that of the cook. They searched desperately for the man as the screams grew louder and louder, but there were no tracks in the snow save their own. After ten minutes, the screams stopped as abruptly as they started.

The men searched again in the morning for the cook, but could find no trace of him. At dusk that night, the screams began again. The men were terrified, and decided that it must be the ghost of the cook screaming in terror. By this time, they knew that Ryan was gone from the camp, and the lumberjacks began to question the Irishman’s story of the bear attack.

At dusk every evening for several weeks, the ghost of the cook shrieked out his terror and rage over his murder. All action in the logging camp ceased at the first sound of the “Dungarvon Whooper,” as the ghost came to be called, and no one dared move until the sound died away. At the first sign of spring, the logger’s packed up camp and hurried away.

The ghost was not heard so frequently after the camp was disbanded, but local residents were still subjected every so often to the terrible screams of the Dungarvon Whooper. The ghost hung around the region for many years, and the residents finally called in a priest to lay the spirit to rest. The holy man prayed over the area and tried to exorcise the spirit with bell, book, and candle, but the ghost was too strong for him, and he left in defeat.

To this day, people living in the Mirimichi country sometimes hear the eerie screaming of the Dungarvon Whooper when they walk outside at dusk.